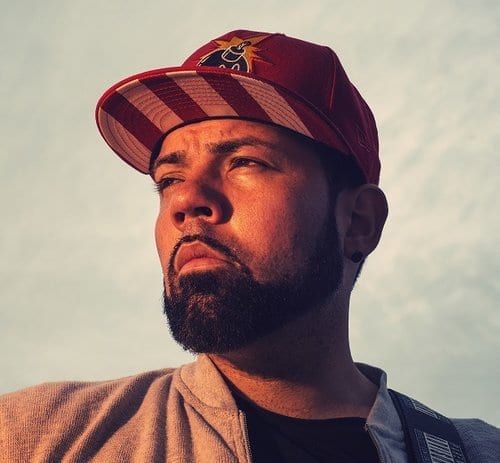 Tales from the council estate of dodgy best friends, that rite of passage; your first arrest, dinner with your social worker and the Christmas dad went prison.

An autobiographical performance told through storytelling, singing, rapping and a loop station.

Denmarked will be followed by an open mic session and DJ afterparty in the venue.

Warnings: This show contains content that references sexual violence/assault and could be upsetting to some audiences. It also contains bad language.

DenMarked was commissioned by and developed with Battersea Arts Centre

Conrad Murray is one half of hip hop theatre company Beats&Elements, and the director of the BAC Beatbox Academy. Recent works include ‘No Milk for the Foxes’ at Camden People’s Theatre, as well as directing the Beatbox Academy at the Royal Festival Hall, Southbank centre and Latitude.
@rODIUMrECORDS #DenMarked