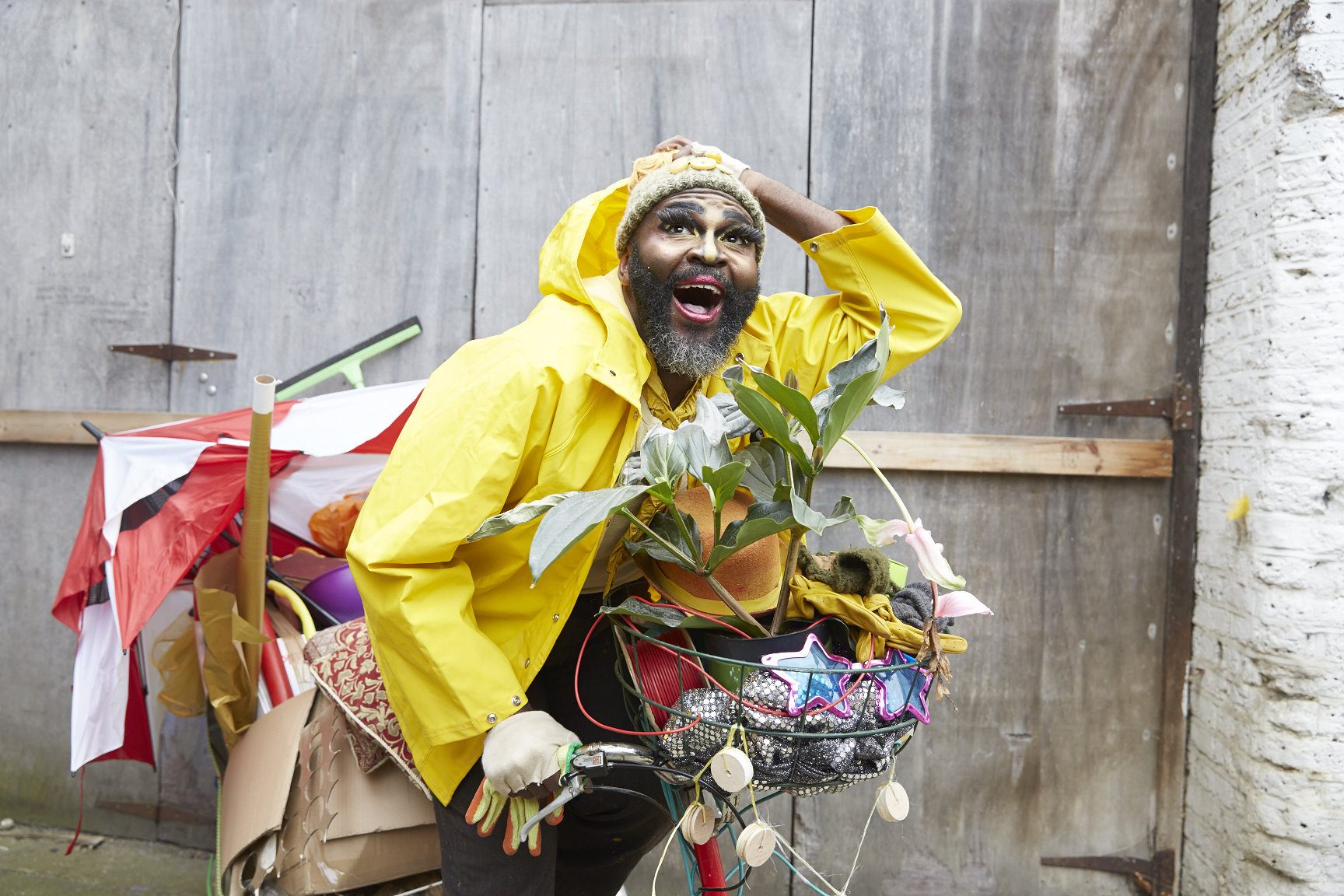 Duckie is a reimagining of Hans Christian Andersen’s The Ugly Duckling with a message of tolerance and self acceptance at its core.

Family-friendly glamour and glitz takes centre stage as critically acclaimed cabaret star Le Gateau Chocolat breaks out of his shell in his first work for children, a classic tale of identity and belonging.

Set in an animal circus, we join him on an adventure of self-discovery, asking questions of the ‘happy ever after’ in a celebration of difference.

Walking a little differently? Sounding a bit strange? Watch Duckie triumph by realising these are his strengths.

‘A reinvention of family theatre’ ★★★ ★ ★ – Critics Choice, The Reviews Hub

‘DUCKIE delivers a message of acceptance and tolerance that resonates with adults and sews a seed in young children that hopefully blossoms in every new generation.’ – Live Art Alive

Originally developed by In Company Collective / Something To Aim For.

Claire Nolan with Something to Aim For

His children’s show Duckie premiered at the Southbank Centre in 2016, and was included in the Guardian’s ‘6 of the Best Shows for Children’ of the 2018 Edinburgh Fringe Festival. The show, which introduces young people to the ideas of otherness, tolerance and self-acceptance, has been presented at Theatre Royal Stratford East, Wales Millennium Centre, Roundhouse, Contact Theatre and across venues in the South East of England.

This show is part of our Digital Programme supported by Kent County Council.