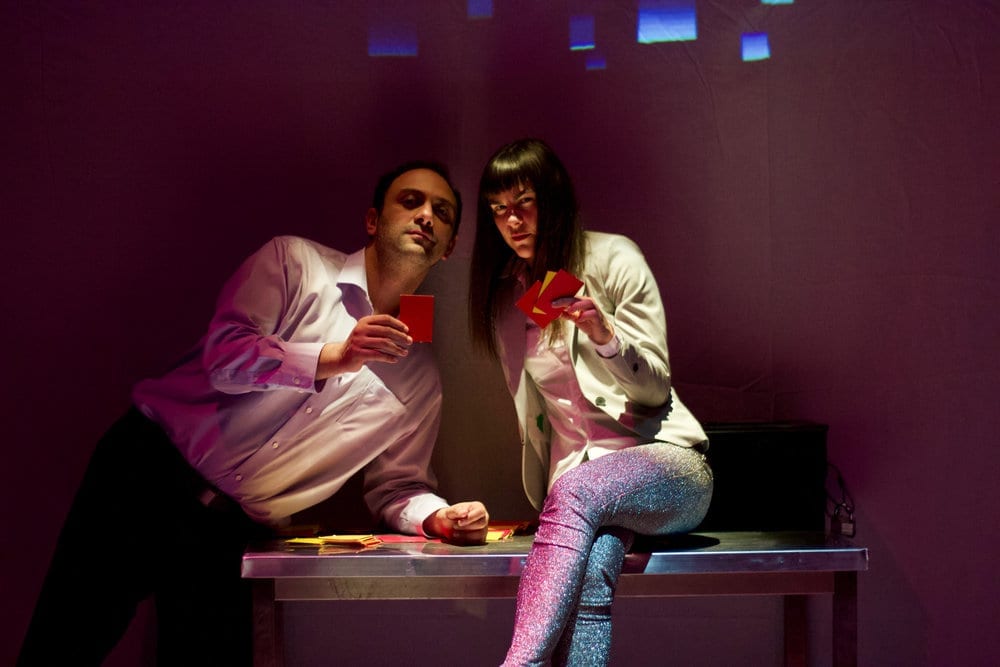 An international smash hit from Canada

Foreign Radical invites 30 participants into an intriguing theatrical game that explores security, profiling, freedom of expression, and privacy in the age of cyber-surveillance. Mobile throughout the performance, the participants collaborate, compete, investigate, debate, and spy on each other.

Depending on personal and group responses to various questions posed by the game’s ‘host’, participants witness different perspectives on the action, gathering evidence from dramatic scenes and documentary media that colour their views and how they play the game. Each performance is unique in that the audience dynamic influences the outcome.

A winner of an Edinburgh Fringe First Award in 2017 and a recipient of a Jessie Award for Critics’ Choice Innovation, Foreign Radical is an interactive, multimedia experience with multilingual elements in Farsi and Arabic.

“Foreign Radical is a must-see: The line between security and tyranny has rarely been so stimulatingly debated.” — The Guardian

“A multimedia tour de force in English, Farsi and Arabic, this radical game of secrets is “a show that gets under your skin.” — The Scotsman

“…privacy, security, and government surveillance are important things to think about, and Foreign Radical provides a very cool format in which to do that thinking…This level of personal engagement is unusual in theatre, and it’s stimulating, as is the fluidity of the event.” — Colin Thomas, The Georgia Straight

Foreign Radical was co-created by Tim Carlson, Jeremy Waller, David Mesiha, Kathleen Flaherty, Milton Lim, Aryo Khakpour, Florence Barrett and Cande Andrade. It was developed with the assistance of Playwrights Theatre Centre, The Cultch and Banff Centre, and premiered at The Cultch in 2015.