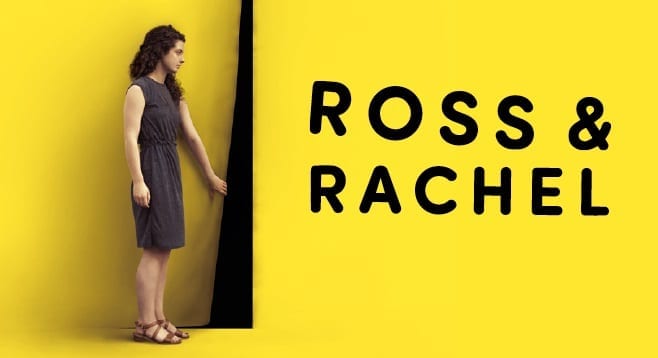 Ross & Rachel tells the mind-bending, heart-breaking story of what happens when a couple that was always meant to be together, gets together. And stays together.

“Fritz’s script has a streak of mischief a mile wide…a virtuosic piece of writing, playful, post-modern and devastatingly serious, all at once” — Time Out

“A startling piece of new writing” — The Stage

“Quite a thing of brilliance” — Andrew Haydon, Postcards from the Gods