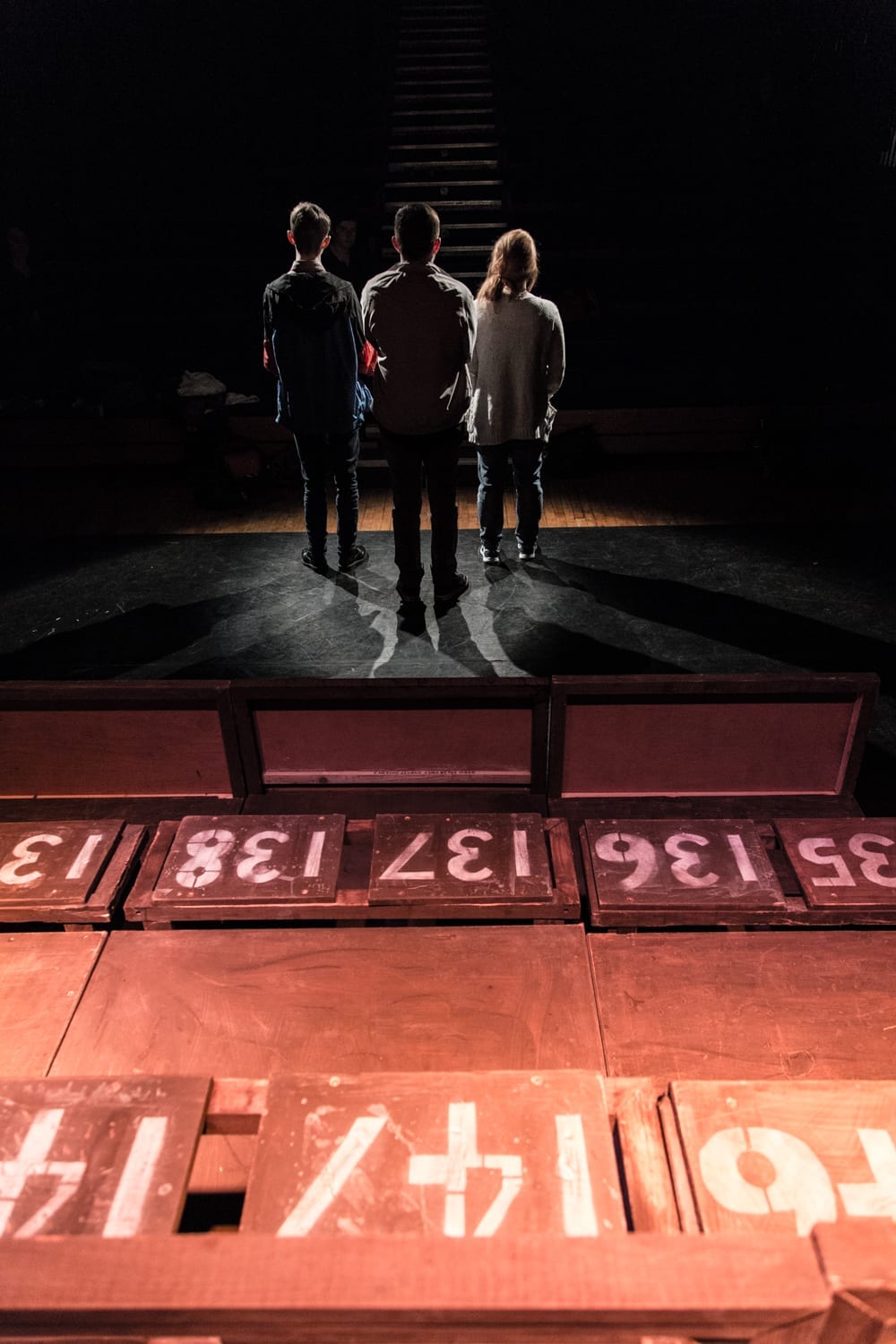 Adapted solely from over sixty real-life testimonies, this bold and pertinent piece of documentary theatre pays homage to the supporters who lost their lives in one of the darkest days in British footballing history.

On the 31st anniversary of the disaster, ‘The 56’ examines the solidarity, strength and community in the face of overwhelming tragedy.

‘The 56 packs raw emotional power’ – Sunday Times
‘A young and remarkable company’ – Independent
‘’There’s a refreshing simplicity to the show, fittingly respectful and dramatically effective.’’ Three Weeks
“A sensitively-handled piece of verbatim theatre from a young company of skill and ambition” The Stage
“The 56 was proof that the fringe is often at its best when stripped bare, shorn of any sound effects or gimmicky costumes, telling a true story of human tragedy.” The Guardian

Join us for a postshow discussion on sport and art in the Medway community.

The 22nd September will also feature an industry post show discussion based on sport and art within the Medway community, debating how we can effectively use sport and art as a cross platform to attract audiences, engage communities and fulfil organisational aims. Panellists include LUNG company and local influential sports and arts advocates.

Making theatre by communities, for communities and with communities, LUNG is a national touring theatre company, developing innovative and politically driven work that broadens horizons and investigates modern Britain.

Founded in Barnsley in 2016, LUNG frequently performs and develops new work with The Lowry, Battersea Arts Centre and The Civic in Barnsley. We are dedicated to producing new verbatim theatre as well as collaborating with new writers. Back home up north, LUNG also pursues an extensive education programme which specialises in bringing theatre into new communities across South Yorkshire.

‘Definitely a company to watch’ – The Stage
‘A Young and Remarkable Company’ – The Independent
‎@LungTheatre #The56
Website: http://lungtheatre.co.uk/
Facebook: fb.com/lungtheatre