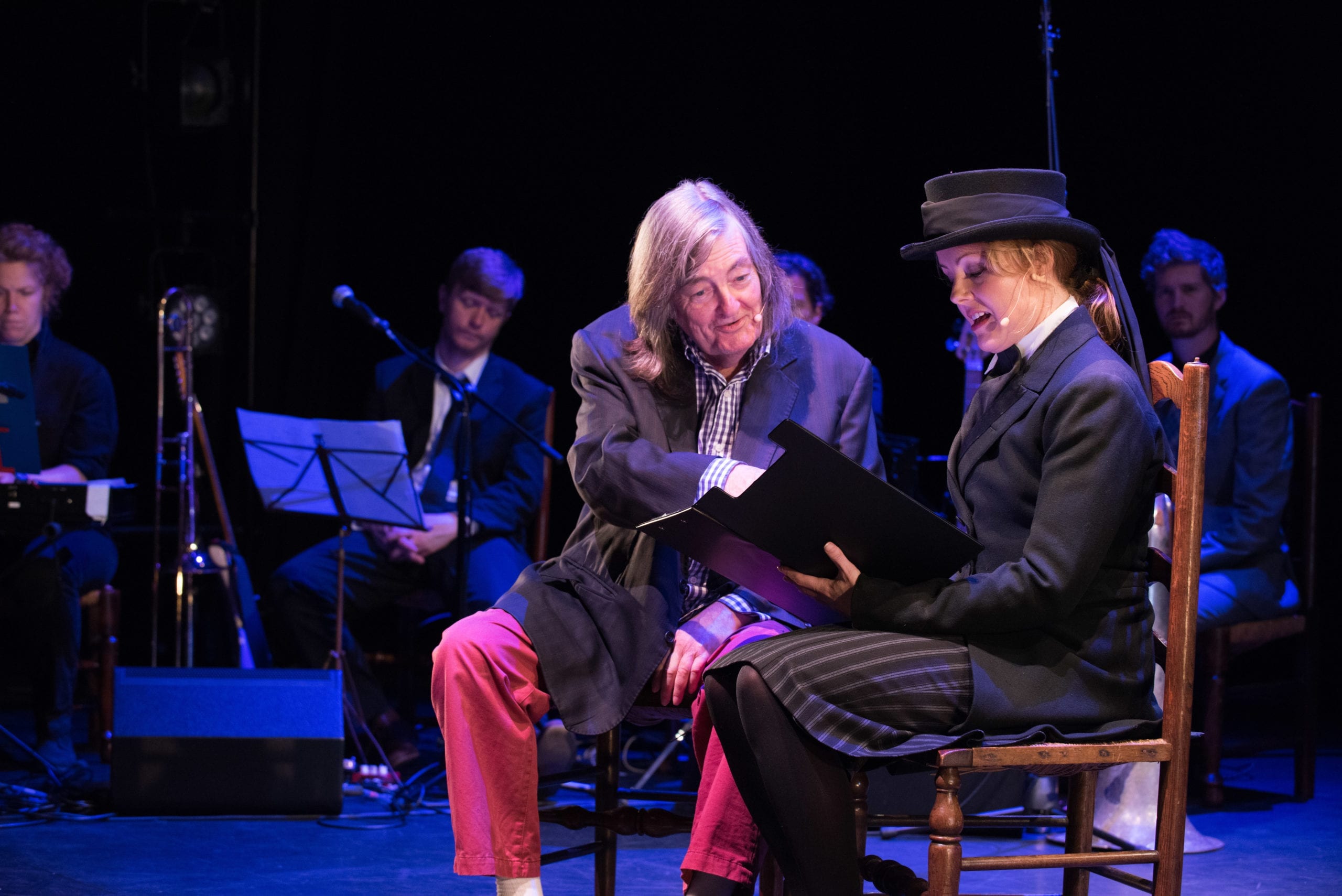 A Eulogy for a Living Soul

This spring, artist and performer Victoria Melody teams up with her dad, celebrity TV antique dealer Mike Melody, for her most ambitious show yet. Ugly Chief is a comedy based on true-life events, performed by a real-life father and daughter.

In 2013, Mike Melody was diagnosed with a terminal illness. Victoria was put in charge of planning the funeral her Dad would want – complete with eulogies, a congregation dressed in Blackpool FC’s tangerine colour and a New Orleans jazz procession. A year later the doctors realised they had misdiagnosed Mike. But they are going ahead with the funeral anyway…

Using Victoria’s training as a funeral director and a huge amount of research Ugly Chief looks at the British Funeral Industry and how we deal with death in modern society. It explores the taboos around death and its practicalities, and the fractious relationship with a parent whose opinions you don’t always agree with.

Musicians James Gow, Steve Pretty (Hackney Colliery Band), Kieran Rafferty and Gemma Storr provide the appropriate live accompaniment for the funeral – including Soul classics and more. They will be joined on stage for the show’s finale by a group of local brass musicians from Medway.

Mike will also be running his own version of the Antiques Roadshow during the show. The audience are invited to bring along their heirlooms, curiosities and collectables for him to value. No promises but if he likes it, he might even buy it!

“Messy, moving and funny. Exposes the fractures in families we often avoid addressing while we’re alive.”
— ★★★★ The Times

“A ridiculously enjoyable show… Of course we love it.”
— ★★★★ The Guardian

With thanks to: The Albany, Rebecca Hitchcox, Paul Hodson, Rosie Powell, Martha Oakes

Supported using public funding by the National Lottery through Arts Council England. Originally seeded by house with The Old Market.

This show is billed as part of Paint The Town festival in conjunction with Battersea Arts Centre and The Collaborative Touring Network: www.lyriciarts.com