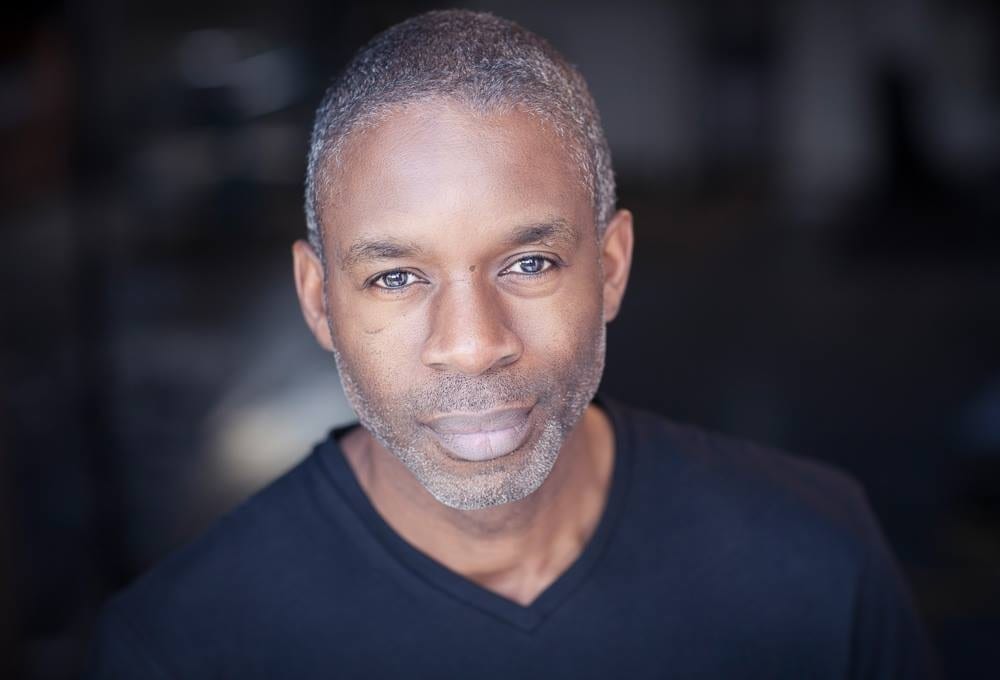 From stage to the silver screen, Wil Johnson has a wealth of acting experience in creating gripping drama, having worked alongside some of Britain’s most respected theatre, television and film actors.

He has tread the boards at The Royal Court Theatre, Tricycle Theatre, Royal Exchange in Manchester, National Theatre, Shakespeare’s Globe and many more.

On the small screen, Wil has starred in celebrated shows such as Clocking Off, Waterloo Road, Holby City, Lewis and Emmerdale, as well as the international Emmy award winning drama series Waking the Dead, and his film repertoire includes ‘Adulthood’, ‘Anuvahood’, ‘Dead End’, ‘Macbeth’ and the 2011 Golden Globe and Oscar Winning Film ‘In a Better World’. Wil has also  recently been cast in season 3 of Outlander.

This one-hour event screens some of Wil’s most popular TV and theatrical roles, charting how his career has blossomed and giving audiences an insight into how he approaches developing characters for those roles. Wil will also perform a live monologue before participating in a Q&A session. 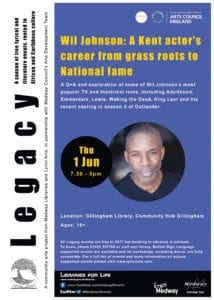 All Legacy events are free in 2017 but booking in advance is advised. Phone 01634 337799 or visit the library. Read more about Legacy here. #MedwayLegacy