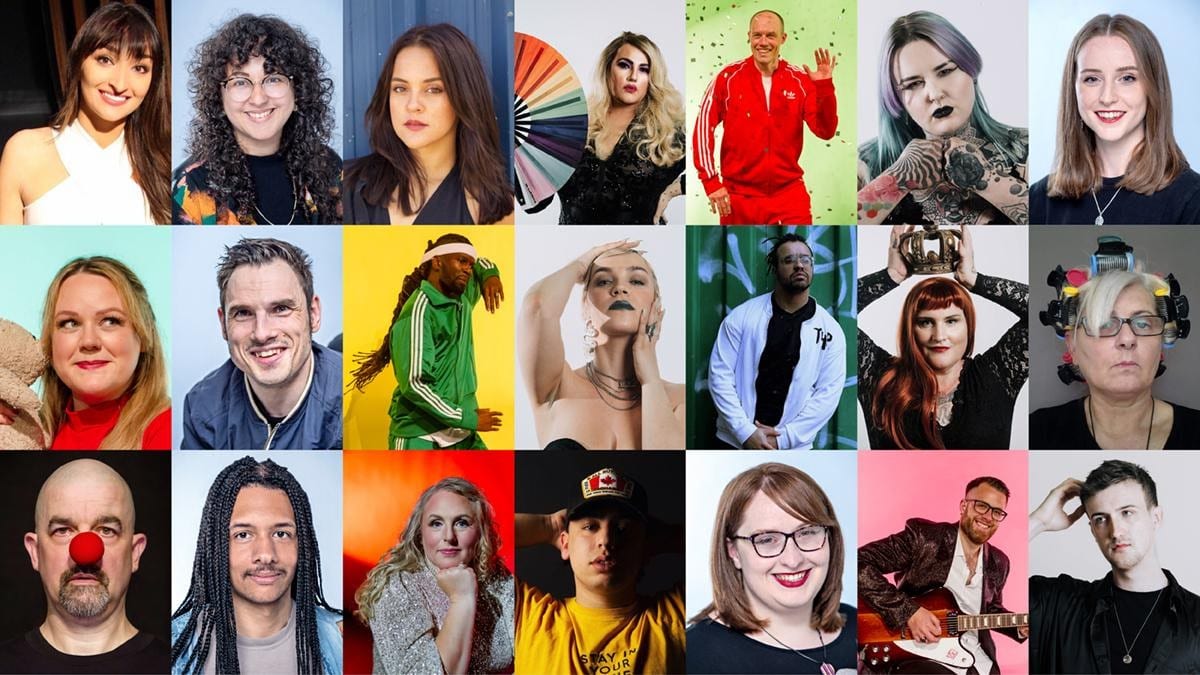 Moving Roots, a creative touring network led by Battersea Arts Centre with producing partners Lyrici Arts (Medway), Jumped Up Theatre (Peterborough), Common Wealth (East Cardiff) and The Old Courts (Wigan), today announce the launch of RENT PARTY. The first of three collaborative touring productions, Rent Party is a show made with, by, and for the local community with world-class artist Darren Pritchard (Rent Party, Mother of the House of Flava, House of Ghetto). Each partner is re-imagining Darren’s unanimously critically acclaimed hit show with a local cast throughout 2021; passing the mic around the working class communities themselves and platforming the incredible talents of professional, often unheard artists in their local areas.

Each Rent Party production showcases the voices, lives and skills of artists from each of these places, some of whom have never performed in a traditional theatre setting. In a mighty retort to Arts Council England’s reports that these have long been areas with low arts engagement, these highly skilled performers from each town make up the 21-strong national cast. Telling their own stories of who they are and what their community has faced, they create an authentic, captivating and dazzling map of their lives through devised performances across styles such as Hip-Hop & Trap music, fire dancing, spoken word, ventriloquism and opera. Weaving a vibrant tapestry of humanity, the shows are shaped by the unique experiences and talents of each cast, who give a distinct shape to the challenges and triumphs of their communities and their lives.

“Rent Party feels like the start of something… Perhaps a cultural working-class revolution? But most definitely a creative movement. It’s incredible to watch our community coming together to imagine, make and share all its wealth.”

“There is a change coming in theatre, and some of the most exciting shifts are coming from the artists and audiences based in places like the homes of the Moving Roots network. To be able to work with such a generous, insightful and radical artist like Darren Pritchard accelerates that change, disrupting whose stories can be placed centre stage, raising the expectation of audience, and creating national opportunities for exceptional local talent.”

The tour kicked off yesterday with a digital screening by the Medway cast. It continues with in-person performances by the Peterborough cast (Jumped Up Theatre) on 1 & 2 July, followed by further digital screenings of the Medway cast on 8 & 22 July via lyriciarts.com. The Wigan cast (The Old Courts) will perform on 29-30 October. Dates and venue for the East Cardiff (Common Wealth) performances to be announced.

Keely Augustus, Artistic Director of Lyrici Arts (Medway), says:
“Rent Party Medway places true experiences at the heart of the show and portrays the essence of human strength to overcome adversity and celebrate all that connects us. Using Lyrici Arts’ passion for lyrical theatre, this remixed and reimagined digital version is told through a spectrum of monologues, songs, dance, visual arts and spoken word. We’re so proud to be able to showcase the wealth of Medway’s local talent.”

Rent Parties were originated by Black Jazz artists in 1920s Harlem; a way to perform without mainstream society’s barriers while raising money to pay off the exorbitant rent prices targeting Black communities. A century later, and the pandemic has exposed and exacerbated inequalities felt by underserved communities across the UK for generations. In particular, it has magnified the ethos of Rent Party – that working class, freelance artists may be the lifeblood of the industry but they have been calling for fairer working practices, more stable, dependable employment contracts and financial support for decades.

Darren Pritchard, Lead Artist and Director, says:
“These are issues being raised by marginalised communities a hundred years ago – as well as the racism, we also see that the power structures have not changed – class and wealth are ruling Britain today. There is poverty and deprivation, people can’t afford to pay their rent and bills. The world of theatre is not yet as diverse as it claims to be. Power and privilege remain at the top, with working class, freelance artists doing what we have to do to survive.”

“Rent Party is an opportunity for artists to make work in their own voices. We don’t have a building, but we’re four communities delivering four fabulous shows – in the middle of a pandemic. I was interested in exploring what it means to translate Rent Party for these areas, and see what stories can be found. These are 5* shows with people and voices onstage that you don’t see normally. It’s unscripted, these artists are bringing themselves. They want to be heard, to share their stories and deal with current issues. They’ve taught me that we all go through struggle in our lives. These productions are a true testament to the human spirit, to untapped talent – give people a platform and they shine.”

Jonathan Davenport, Artistic Director of The Old Courts (Wigan), says:
“As an Arts centre, we book shows and artists hoping that they have an impact on our community. The co-creating process is an exciting opportunity to create something that couldn’t be produced anywhere else – something that categorically belongs to us all from start to finish. We want the people of Wigan to know that our stories are worth telling and our voices are worth listening to.”

Rent Party is the first in a revolutionary project to deliver three professional, co-created works in marginalised areas, led by communities, sparking lasting social change in the areas where they live and work.

The Moving Roots network will support work that is intrinsically connected, and vital to, the place in which it is made, thanks to the practice of co-creation. It aims to prompt a shift in the fundamental nature of national touring – away from a model of patrician culture in which touring work is ‘served-up’, to one where the work itself is co-created in partnership with communities.

Co-creation is a collective approach which challenges old hierarchies, with communities taking the lead in new projects supported by charities, local councils, funders and arts organisations. The co-created projects will have live performance at their heart and will be a vehicle for local people to engage with their communities’ most pressing needs.