The arts world isn’t immune to buzzwords. Co-creation is something that has seen a resurgence in recent years, and with it the ideas of involvement, co-production, consultation and community engagement.

But what is co-creation, and why does it matter for responsible arts organisations? 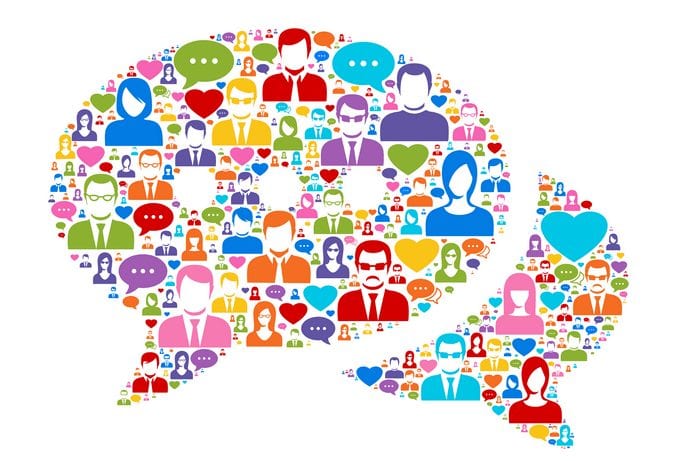 But it’s not just about the output. It’s about forging strong relationships between arts organisations and the communities they serve in a collaborative fashion. Communities who have been involved in the creation of a particular activity or art often feel empowered and engaged in ways that just can’t happen when art is done ‘to’ them rather than ‘with’ them. In fact, it might be about moving away from the show or event as the product, and looking at the importance of relationships as the outcome. Or as Jade Lillie states in The Relationship Project ‘the relationship is the project…A relationship is the state of being connected.’

Communities have a sense of power and agency, which shifts the balance away from the norm. But this means we can’t just do a survey or ask people what they would like to do in an art session. We have to genuinely involve them in all aspects of the journey, and this marks a fundamental shift in the way art and community services are usually done. Rather than an elite power structure, it is democratic, even bottom up.

It’s also smart, as by engaging and working with communities, we bring them along on the journey. As Susanna Burns says in a blog post for Co-Creating Change ‘If we place people at the heart of what we do and enable them to take control, to create with us and not simply take what we offer them, we will generate greater support and relevance.’ In our current economic climate this is more important than ever. ‘Co-creation is more than an act of kindness or democracy, it is a necessity for new times,’ says Marcus Faustini.

Austin Hill argues in this blog that ‘Theatre—at its best—is a collaborative art form.’ He is talking about the actors, directors, stage managers and even accountants who come together to make a successful show. ‘Without collaboration, you can’t make a play,” says Jim Nicola, artistic director of the New York Theatre Workshop arguing that the involvement of myriad people helps the ‘story rise to its potential.’

But what about the audience? Can they be involved? Devised Theatre incorporates ‘strong beliefs in self-expression and fighting against what most of us recognize as “traditional theatre.”’ Freedom of expression and collaboration is key, and differing opinions are celebrated, and can be ‘both an exhilarating and terrifying way to work.’

It is often noted that young people want to make art and culture, rather than just accept it. But we have found that people of all ages and backgrounds enjoy the process of co-creation and benefit from it. Our Art of Conversation project saw a series of monthly informative daytime talks and creative arts taster sessions at Medway Age UK Gillingham for senior and isolated people. Moving Roots Touring Network is a three year project working with producers in Wigan, Peterborough, Medway and East Cardiff, to deliver co-created projects to generate positive social change. The project is devised and led by Battersea Arts Centre running from 2019 – 2022.

Rent parties were wild jazz parties for paying guests held in 1920s New York when African Americans were challenged by high rents, and needed to make money fast. As well as a creative way to tackle hardship and a difficult economic outlook, they built black community. What can we take from this for today? The idea of people coming together, contributing their talents, and taking part in an event and entertainment is really co-creation. Everyone attending played a part. In 2018 British choreographer Darren Pritchard was inspired, and starting putting on his own rent party performances to highlight housing inequalities in the UK today. In this review it was described as ‘a lesson in theatre as a tool for engagement’ leaving the audience with ‘the power to believe in change and, perhaps, the power to incite change.’ This is what theatre should do – empower and incite belief in ability.

Co-creation isn’t only about art. It’s about people. Responsible practitioners ask questions. What are the participants getting out of the work? Why are they here? To develop a practice? To not be alone? Above the art what other benefits can people get? Do they feel listened to? Respected? It’s a multiway process where pathways are forged and connected. You have expertise, and so do they – you can learn from each other.

They also know that changing language matters. If we talking about ‘running’ or ‘leading’ an activity, are we genuinely involving the people taking part in it. Are they really empowered, or is the activity being done ‘to’ them and ‘for’ them.

True co-creation brings people along on the journey, enabling them to realise their potential through creativity. It’s about connection and community. It transforms lives. Creativity, together.

Moving Roots is a three year project working with producers in Wigan, Peterborough, Medway, and East Cardiff to deliver co-created projects to generate positive social change. The project is devised and led by Battersea Arts Centre and is funded by Esmée Fairbairn Foundation and the Garfield Weston Foundation.